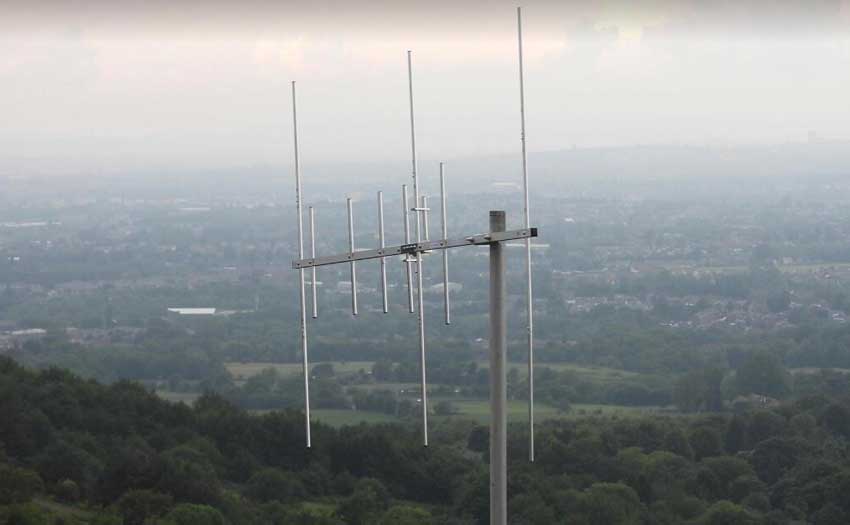 As we all know, antennas are used for base stations and cell phones to send signals.

The original meaning of antenna is tentacle. The tentacles are the two long filaments on the top of the insect's head. Don't underestimate such inconspicuous things. Insects use the various chemical signals sent by these tentacles to transmit various social information.

Similar to this, in the human world, wireless communication also transmits information through antennas, except that it transmits electromagnetic waves that carry useful information. The figure below is an example of mutual communication between a mobile phone and a base station. 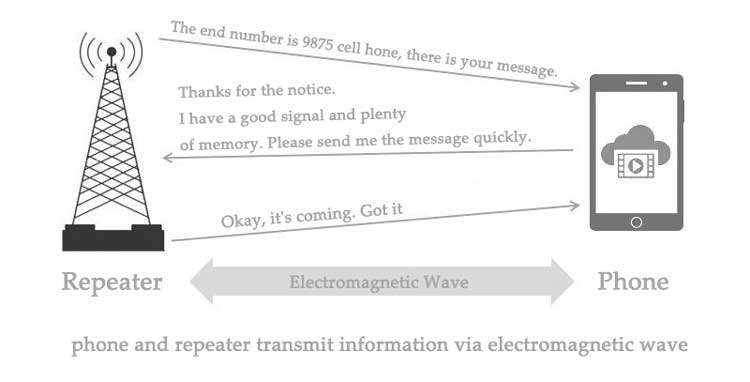 So what does the actual antenna look like? Due to different uses, there are too many antenna shapes, ranging from pots (parabolic antennas) for receiving TV signals to small antennas hidden in mobile phones. They have different shapes due to different functions.

Speaking of antennas, the most common thing most people see is the antenna of the wireless router at home. 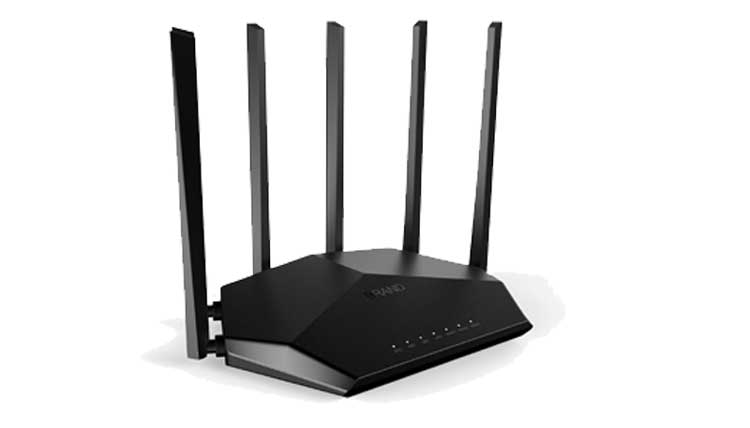 It is this stick-like antenna that allows us to enjoy the same speed of flying.

A long time ago, listening to the radio was a very fashionable thing. The radio had a long antenna that stretched section by section. This antenna is the same as the router antenna. It is called a whip antenna, also called a telescopic antenna or a rod. antenna. 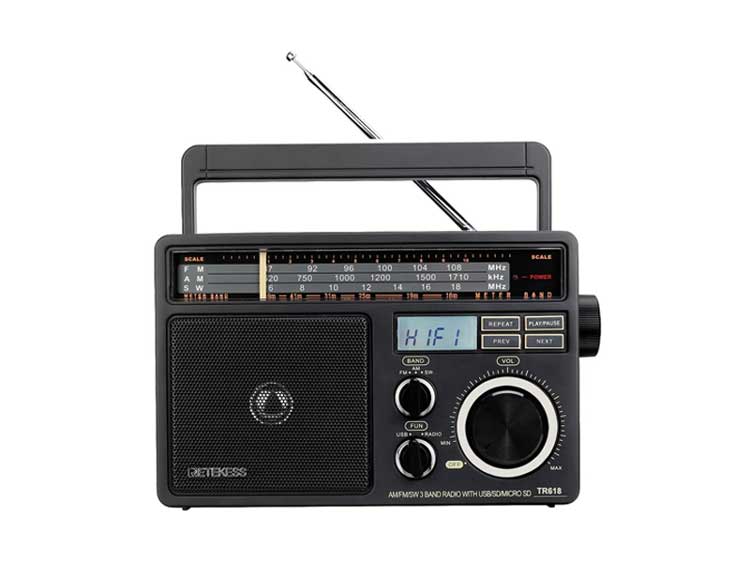 In prehistoric times, the tallest building in every city must be a TV tower. TVs also receive signals from the TV tower through antennas. The two whip antennas with the same antennae on the top form many antennas for people. Initial impression. Both the shape and function are completely similar to the tentacles of insects. 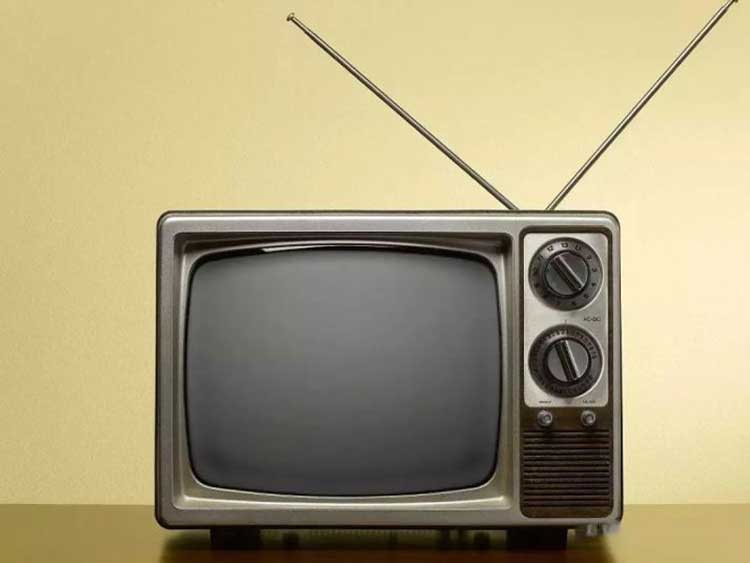 1. According to the nature of work, it can be divided into transmitting antenna and receiving antenna.

2. According to the purpose, it can be divided into communication antenna, broadcast antenna, TV antenna, radar antenna, etc.

5. According to the structure and working principle, it can be divided into line antenna and surface antenna.

7. Antennas can be divided into three categories: handheld station antennas, vehicle antennas, and base antennas.

However, it is better to see, let everyone see what real antennas look like for different purposes.

Many people should have seen this kind of antenna in the picture below. It used to be mainly installed on the roof to receive TV signals (the whip antenna that comes with the TV is really limited). This fishbone antenna is called a Yagi antenna. 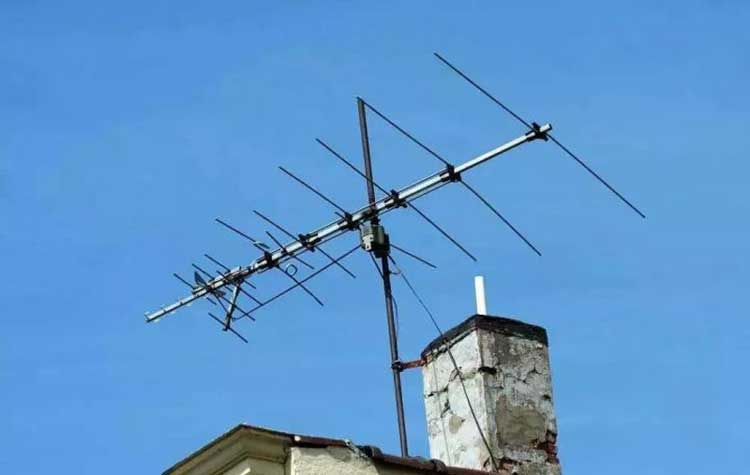 Don't count to see if there are 8 poles on the antenna. The name Yagi antenna is because its inventor is a Japanese named Yagi Hideji.

The picture below is a parabolic antenna used for radar, just like a huge pot, it is spectacular. When the radar is launched, the energy must be concentrated and radiated to the direction that needs to be illuminated. This shape is very suitable. 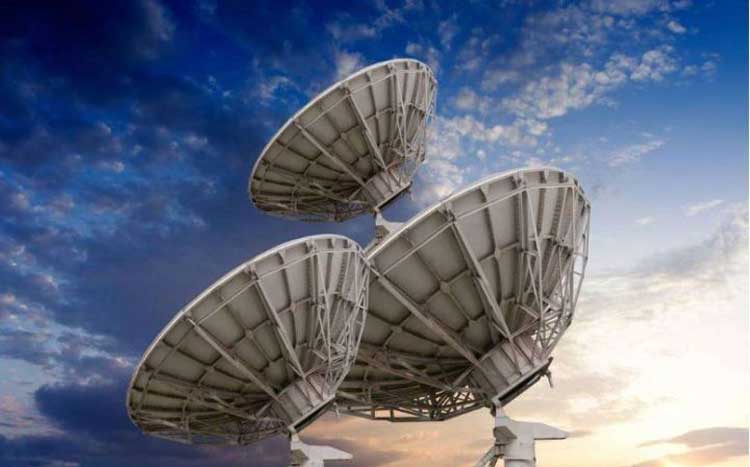 The following "pots" will be smaller. These are the microwave antennas used to send and receive microwave signals to convey information. The wavelength of electromagnetic waves such as microwaves is very short, and they mainly propagate in a straight line. The transmitting and receiving antennas must be aligned with each other to work. They are mainly used for transmission in wireless communication. 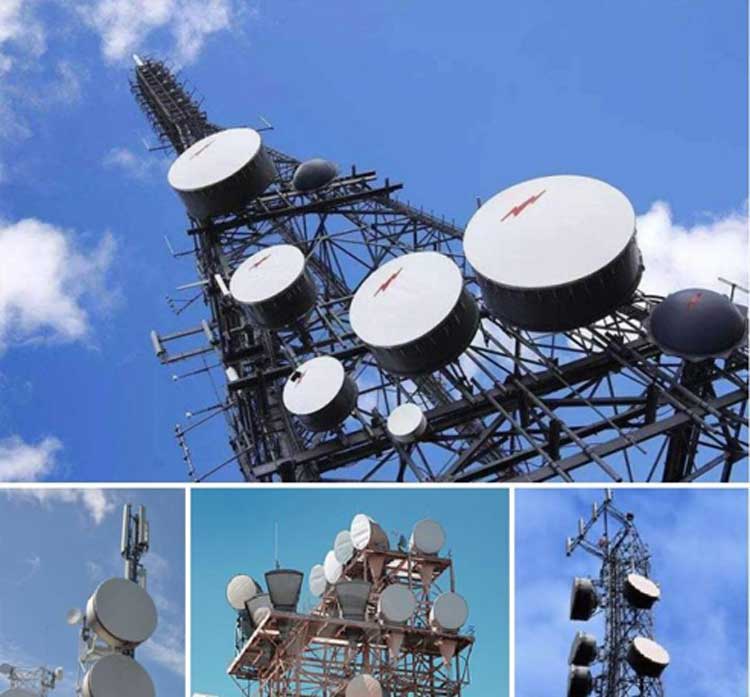 If you look at the above pictures carefully, you will find that there are some plate-shaped things at the top of the tower. This is the protagonist of this article: communication antenna (the subdivision type is directional antenna: the signal is sent and received in a certain direction). This is the antenna transmit the signal to cell phone. 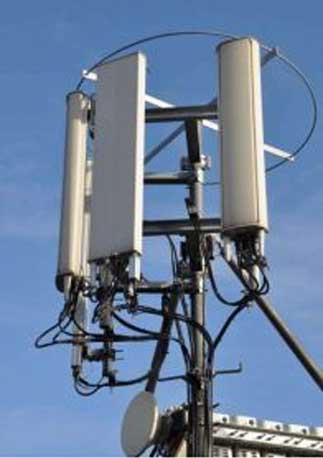 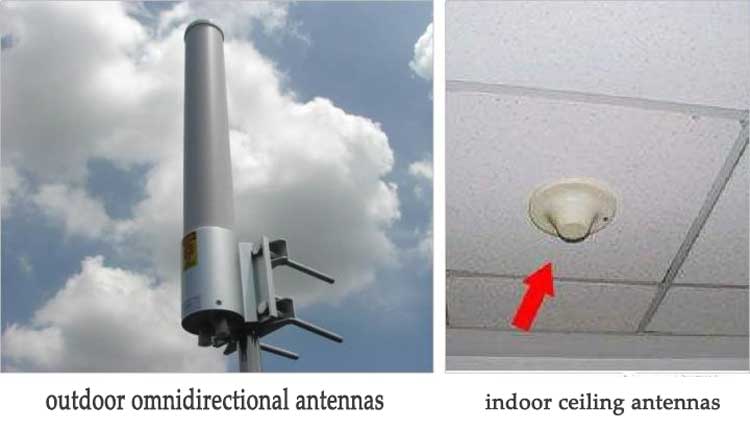 Back to the protagonist of this article: directional antenna. To uncover its mysterious veil, you must take it apart to see what is inside. 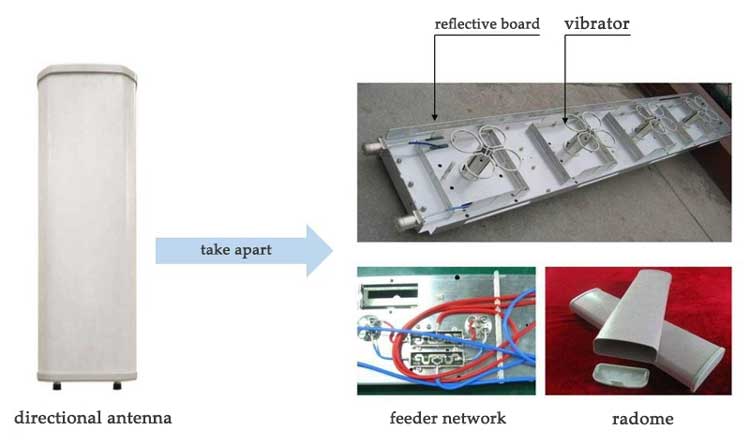