Let's talk about another important concept of the antenna: polarization.

If the direction of the electric field and the ground form an angle of 45°, we call it ±45° polarization. 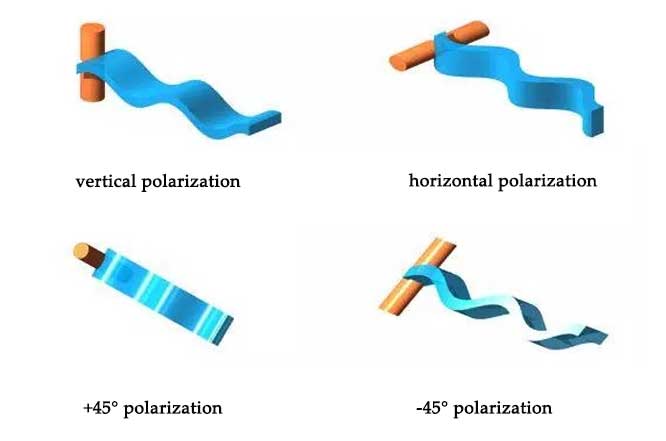 As a compromise optimization solution, the mainstream antennas now adopt two polarization modes of ±45° superimposed, and two orthogonal polarization waves are formed in one unit by two oscillators, which is called dual polarization. While ensuring performance, this implementation also greatly improves the integration of the antenna. 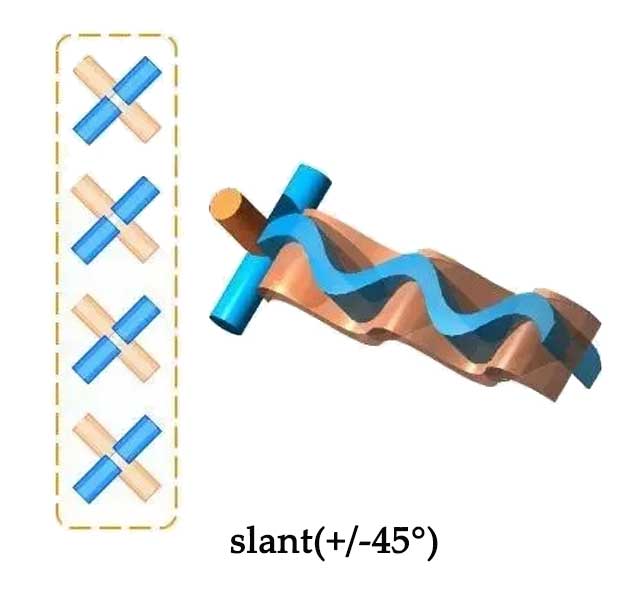 This is the reason why I like to draw several forks in the antenna schematic diagram. These forks visually indicate the polarization direction and the number of vibrators. 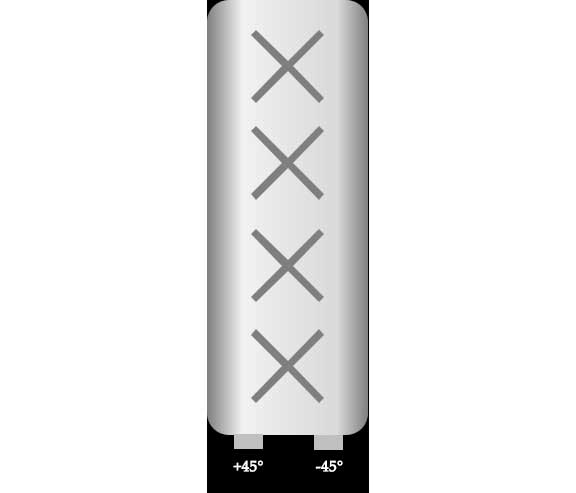 With a high-gain directional antenna, can it be hung directly on the tower?

Obviously, if the ground is low and the building is blocked too much, it won’t work; when it’s high, there is no one in the air, wasting the signal, and if the signal is transmitted too far, the base station can barely accept it, but the mobile phone’s transmit power is too small. The base station can't receive it.

Therefore, the antenna has to be directed at the human ground to transmit signals, and the coverage area has to be controlled. This requires the antenna to be tilted down to an angle, like a street lamp, each antenna is responsible for its own area coverage.

This introduces the concept of antenna downtilt.

All antennas are equipped with a knob with an angle scale on the mounting bracket. By twisting the knob to control the mechanical movement of the bracket, the downtilt angle can be adjusted. Therefore, adjusting the downward tilt angle in this way is also called mechanical downward tilt. 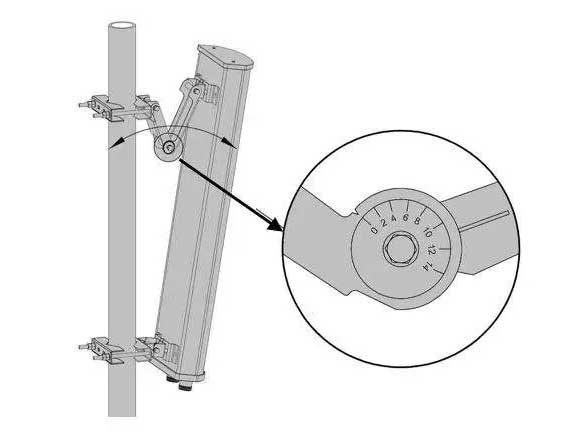 But this approach has two obvious drawbacks.

The first is trouble. In order to adjust the angle of network optimization, it is necessary for engineers to climb the tower. The actual effect is hard to say. It is really inconvenient and costly. 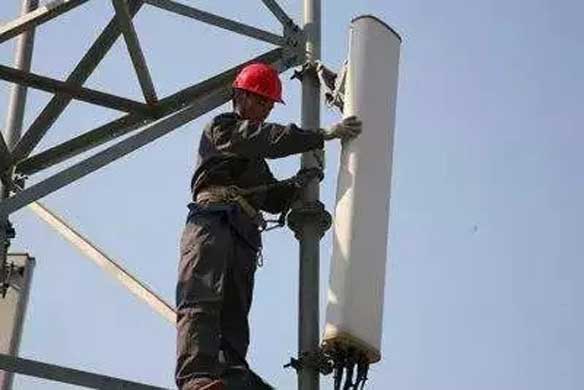 The second is that the mechanical downtilt adjustment method is too simple and rude, and the amplitude of the vertical component and the horizontal component of the antenna is unchanged, which will cause distortion of the coverage pattern. 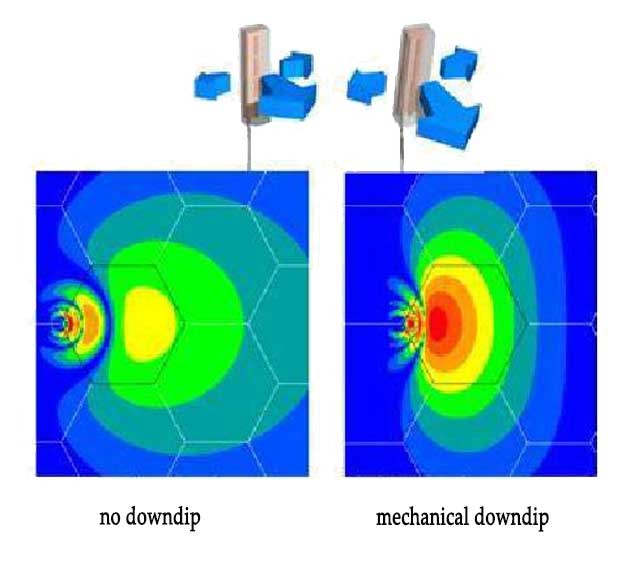 After so much effort, the coverage before and after the adjustment was completely changed, and it was difficult to achieve the expected effect. Moreover, the interference to other base stations was also increased due to the upturn of the back flap, so the mechanical downtilt angle could only be adjusted slightly.

So, is there a better way?

In other words, the electronic downward tilt does not need to actually tilt the antenna, only the engineer is in front of the computer, clicks the mouse, and adjusts it with software. Moreover, the downward tilt of electrons will not cause distortion of the radiation pattern. 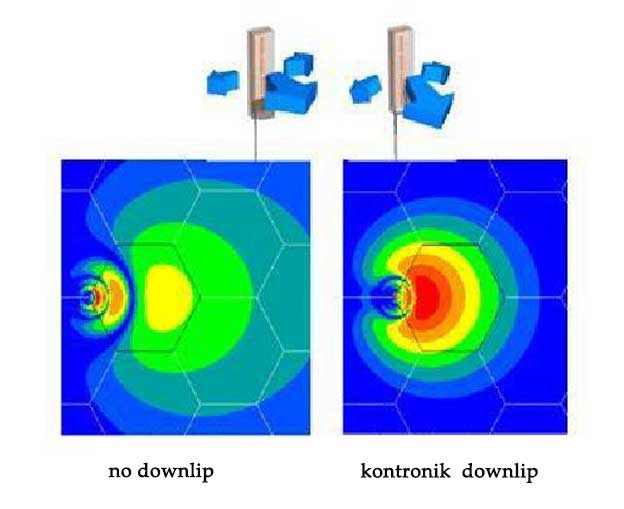 The simplicity and convenience of electronic downward tilting does not come out of thin air, but is achieved through the joint efforts of the industry.

In 2001, several antenna manufacturers came together to form an organization called AISG (Antenna Interface Standards Group), which wanted to standardize the interface of electrically adjustable antennas. 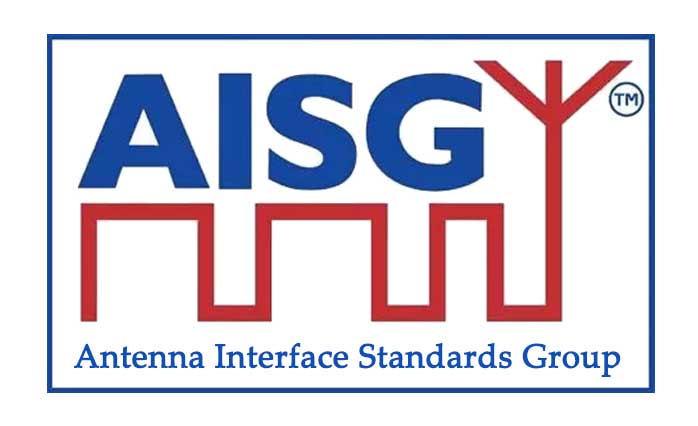 Up to now, there have been two versions of the agreement: AISG 1.0 and AISG 2.0.

With these two protocols, even if the antenna and the base station are produced by different manufacturers, as long as they all comply with the same AISG protocol, they can transmit antenna downtilt control information to each other and realize remote downtilt adjustment. 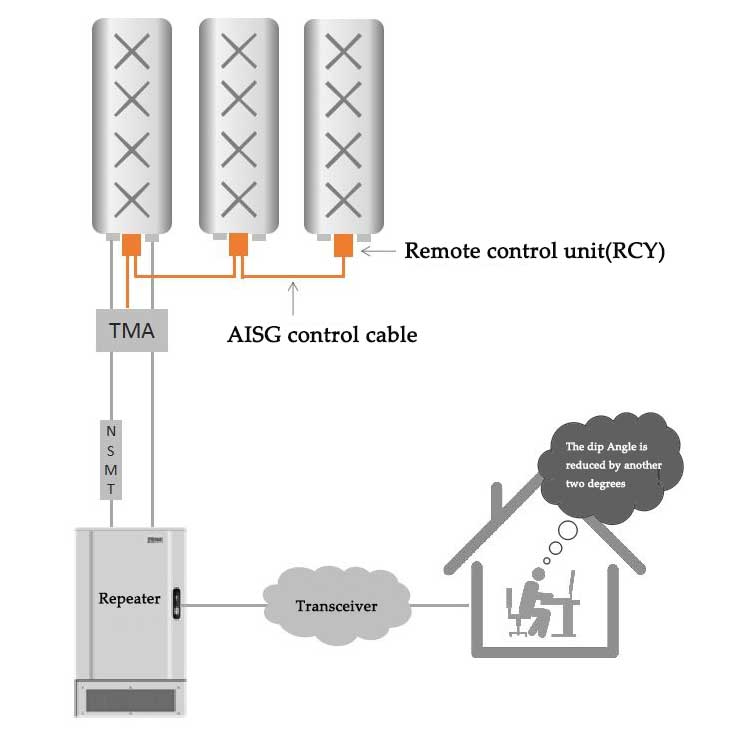 Moreover, due to the increasing number of wireless frequency bands of various operators and the sharp increase in the number of antenna ports required by technologies such as 4G MIMO, antennas have gradually evolved from single-frequency dual-port to multi-frequency multi-port.

The principle of the antenna seems simple, but the pursuit of excellence in performance is endless. So far, this article has only qualitatively described the basic knowledge of base stations. As for the deeper mystery, how to better support the evolution to 5G, waves of communication people are still searching up and down.

What do you need to know when installing an outdoor antenna
How to debug the Antenna after installed?

by Yamy
What's the center frequency of antenna