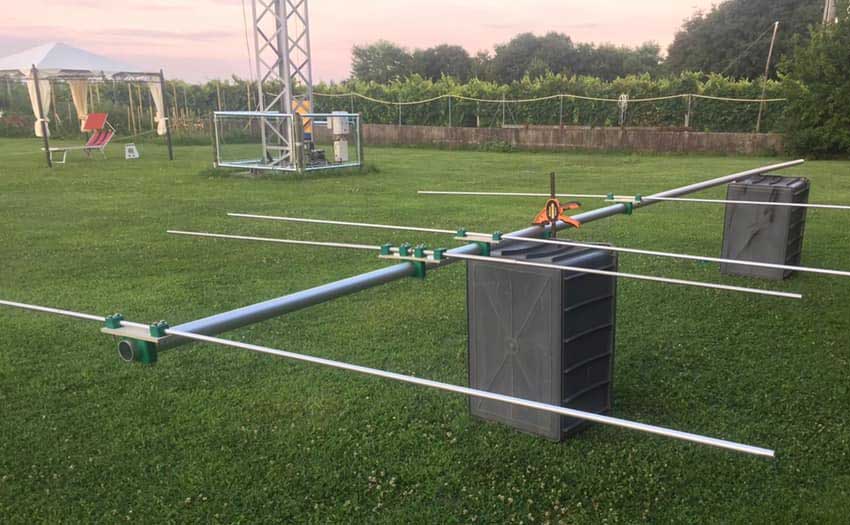 The reason why the antenna can transmit information at high speed is because it can launch electromagnetic waves carrying information into the air, propagate at the speed of light, and finally reach the receiving antenna.

So, what are electromagnetic waves?

So, how does the antenna send these electromagnetic waves out? After reading the picture below, you will understand. 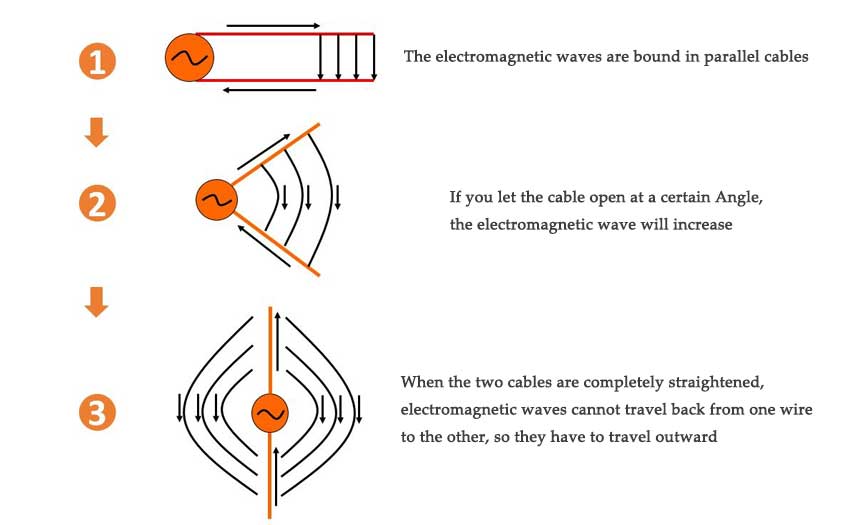 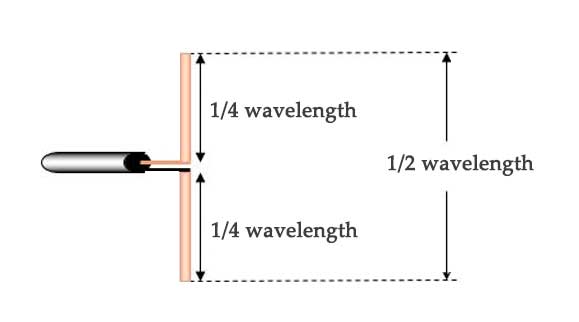 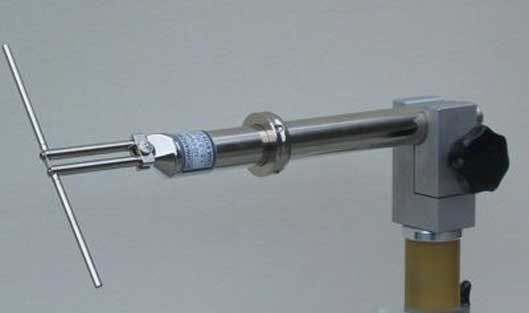 The half-wave oscillator continuously propagates electromagnetic waves to space, but the signal strength is not uniformly distributed in space, like a tire-like ring. 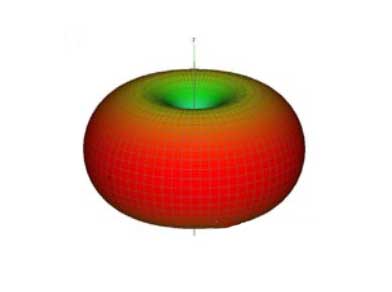 But in fact, the coverage of our base station needs to be farther in the horizontal direction. After all, the people who need to call are on the ground; the vertical direction is high in the sky, and there are no people who need to fly and brush the TikTok (route Covering is another topic, I will talk about it next time), therefore, in the emission of electromagnetic wave energy, it is necessary to strengthen the horizontal direction and weaken the vertical direction.

According to the principle of energy conservation, energy will neither increase nor decrease. If you want to increase the emission energy in the horizontal direction, you must weaken the energy in the vertical direction. Therefore, the only way to flatten the energy radiation pattern of the standard half-wave array is as shown in the figure below.

So how do you slap it? The answer is to increase the number of half-wave oscillators. The emission of multiple vibrators is concentrated in the center, and the energy at the edges is weakened, which achieves the purpose of flattening the radiation direction and concentrating the energy in the horizontal direction. 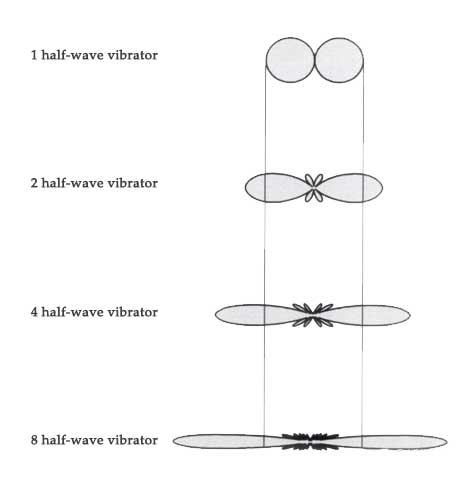 In general base station systems, the use of directional antennas is the most common. In general, a base station is divided into 3 sectors, covered by 3 antennas, each antenna covers a range of 120 degrees. 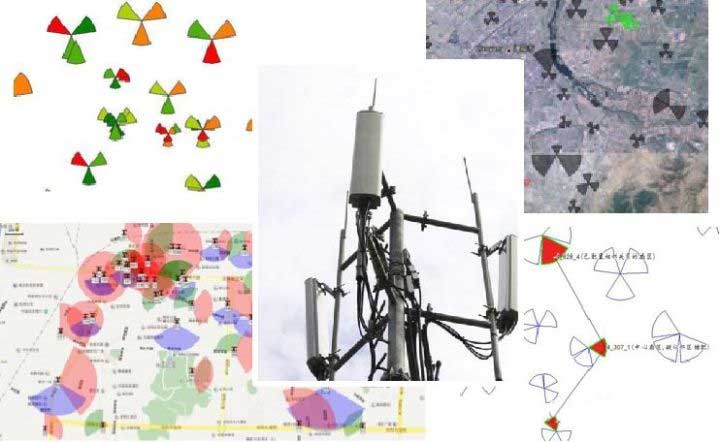 The above figure is a base station coverage plan of a patch area. We can clearly see that each base station is composed of three sectors, and each sector is represented by a different color, which requires three directional antennas.

So, how does the antenna realize the directional emission of electromagnetic waves? 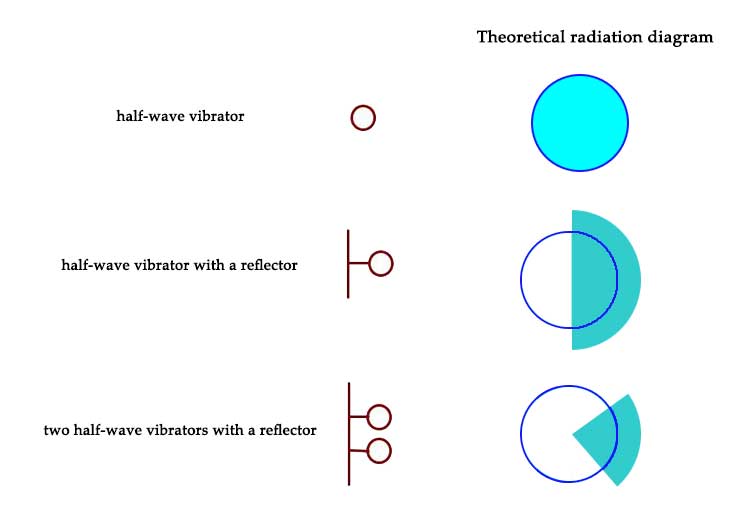 The horizontal main lobe is far away from the launch area, but the upper and lower side lobes are generated in the vertical direction. At the same time, due to incomplete reflection, there is a tail behind, called the back lobe.

At this point, the most important indicator of the antenna: "gain" is explained.

As the name implies, gain means that the antenna can enhance the signal. It stands to reason that the antenna does not need a power source, but only emits the electromagnetic waves transmitted to it. How can there be "gain"?

In fact, whether there is "gain" depends on who and how it is compared.

As shown in the figure below, compared to an ideal point radiation source and half-wave oscillator, the antenna can concentrate energy in the direction of the main lobe and send electromagnetic waves farther, which is equivalent to increasing in the direction of the main lobe. In other words, the so-called gain is relative to a point radiation source or a half-wave oscillator in a certain direction. 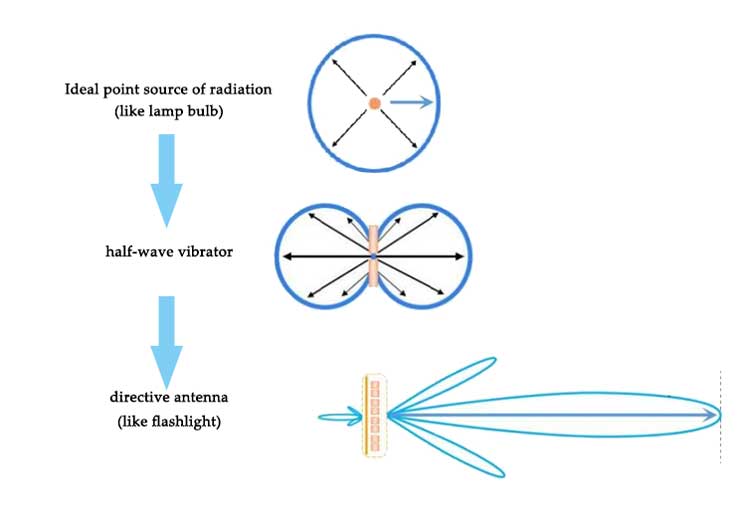 So, how do you measure the coverage and gain of the antenna's main lobe?

This requires the introduction of a "beam width" concept. We call the beam width the range when the electromagnetic wave intensity on both sides of the center line on the main lobe attenuates to half.

Because the intensity is attenuated by half, which is 3dB, the beam width is also called "half power angle", or "3dB power angle". 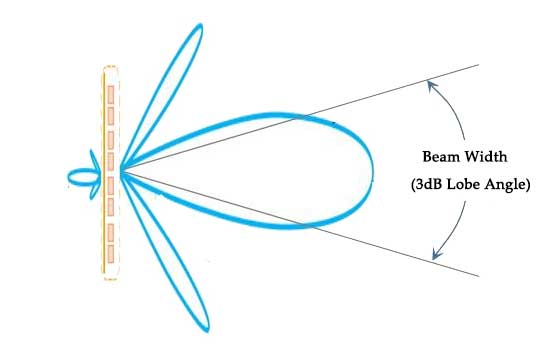 Common antenna half-power angles are mostly 60°, and there are also narrower 33° antennas. The narrower the half power angle, the farther the signal propagates in the main lobe direction, and the higher the gain.

Next, we combine the horizontal pattern of the antenna with the vertical pattern to get the three-dimensional radiation pattern, which looks much more intuitive. 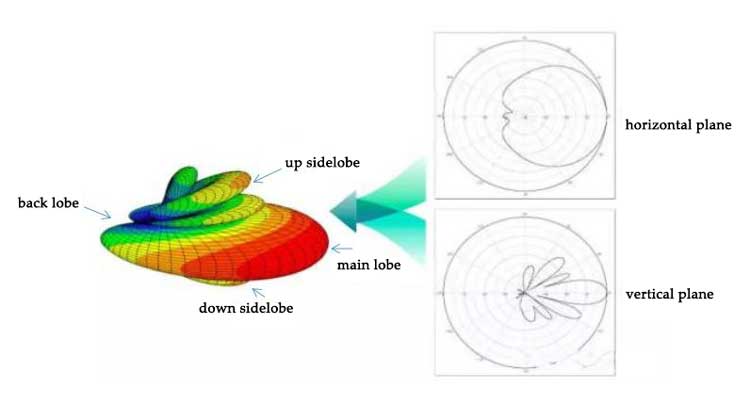 Obviously, the existence of the backlobe destroys the directivity of the directional antenna, and it is necessary to minimize it. The energy ratio between the front and rear lobes is called the "front-to-back ratio". The larger the value, the better. It is an important indicator of the antenna.

In addition, there are some holes between the main lobe and the lower side lobes, which are also called lower nulls, which lead to poor signals in places close to the antenna. When designing the antenna, these holes should be minimized, which is called "zero point filling".