NVIS：Guarantee of Short-Wave near field communication 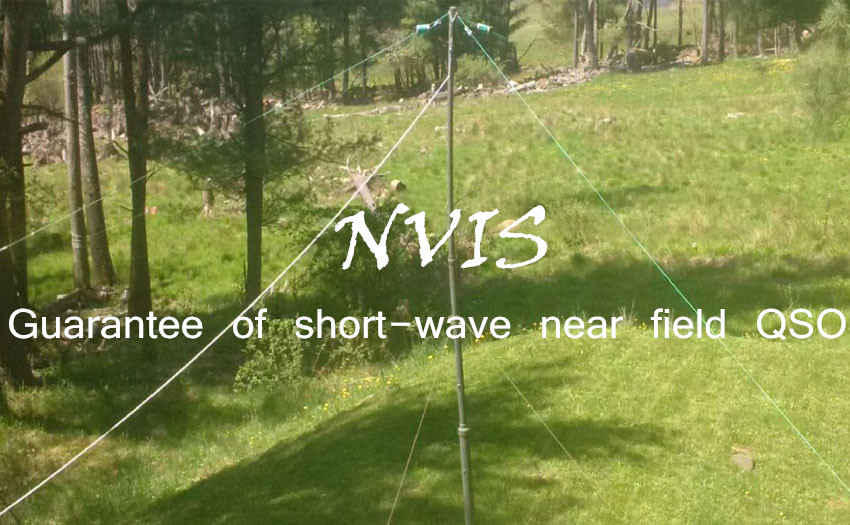 NVIS is short for Near Vertical Incidence Skywave. This short-range communication method is widely used in military communications, nearby emergency rescue and other fields.

NVIS and DW are the main methods of shortwave communication, so what is the difference between them? 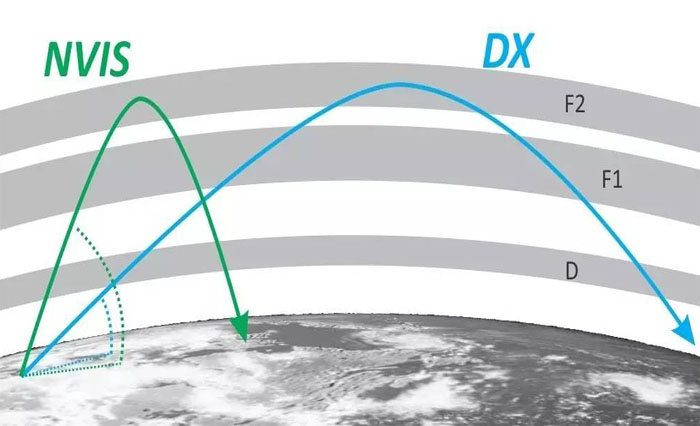 From the above picture, we can see very intuitively that in order to reach a longer distance, the antenna used for DW has a smaller emission elevation angle. However, in order to achieve communication with closer targets, NVIS is launched almost vertically upwards.

Since the effect of the ionosphere on radio waves is not pure reflection, but similar to multiple refraction, only radio waves with a frequency below a certain value can return to the ground through multiple refraction. Therefore, NVIS communication has certain requirements for the frequency of radio waves. In the case of NVIS, the highest usable frequency is related to the highest usable frequency of the ionospheric F layer above the local area. As for the type of radio wave modulation , it is not critical. The SSB used by amateur stations and the AM used by broadcast stations, or even any standard, can carry out NVIS communication. 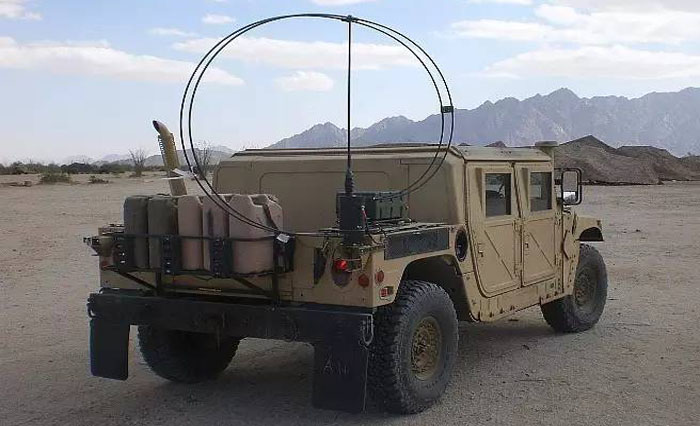 From the radio wave reflection principle diagram of NVIS, we can know that the antenna we choose at this time should be as large as possible, almost vertical. If the height of the DP antenna is not higher than 1/4 times the working frequency, its lobes will be deformed and increase the part of upward emission. This is also the reason for the poor performance of Tonglian DX radios when the installation height of many DP antennas in the 40-meter and 80-meter bands is too low. On the contrary, if you want to conduct NVIS communication, such an antenna is a good choice. The inverted V antenna we usually use has a relatively high launch elevation angle, and can also be used as an NVIS antenna after modification. 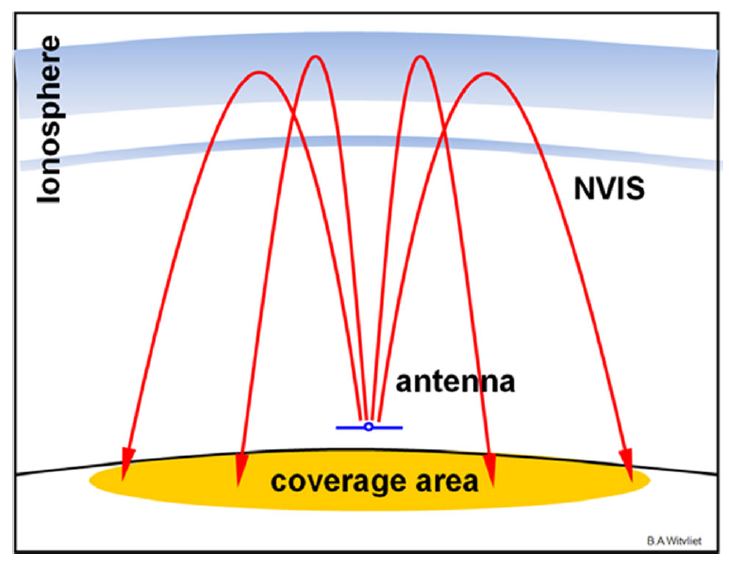 It is generally considered that the NVIS communication distance is the distance of a high elevation angle jump. When the elevation angle is close to vertical, the closest distance may be about 500km, and the farthest may be 2500km. For ground wave propagation, its distance can cover a distance within 500km, so NVIS is not only used by amateur radios, but for some service stations. NVIS is also an option to provide medium and short distance service coverage.

by Yamy
How to connect DMR repeater on Ailunce HD1 without ...

by Yamy
How to correctly select and install the driver of ...

by Yamy
Why and where do we need the antennas combiner

by Vivian
Why and How to update the Retevis RT72 firmware

by Vivian
How to Set Up Retevis RT73 Digital APRS

by Yamy
Tips for the contacts display of Retevis RT3S

by Vivian
How to Change the Customized PowerOn Logo on Retev ...

by Vivian
10 Common Sense of Maintenance of Walkie-Talkie Ba ...