What’s The Difference Between Ham Radio and CB Radio? 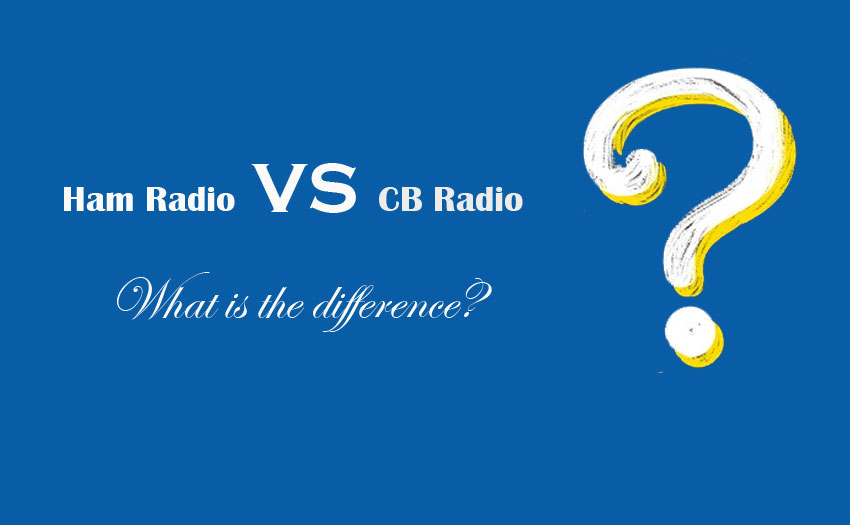 CB was the only practical two‑way radio system for the individual consumer, and served several subsets of users such as truck drivers, radio hobbyists, and those in need of short‑range radio communications, such as electricians, plumbers, and carpenters, who needed to communicate between job site and main office. While some users have moved on to other radio services, CB is still a popular hobby in many countries.

27 MHz is a relatively long wavelength for mobile communications, and the choice of antenna has a considerable impact on the performance of a CB radio. A common mobile antenna is a quarter-wave vertical whip. it is mounted low on the vehicle body, and often has a spring-and-ball mount to enhance its flexibility when scraping or striking overhead objects.  Most all ham radio antennas are good to go from the factory and do not require tuning. and there are many ham radio antennas to choose for your HT ham radio or Mobile Radio.

CB runs on 27 MHz frequencies. Ham VHF and UHF runs on 147 MHz and 440 MHz respectively. The higher the frequencies, the easier it is for signals to punch through objects like trees, bushes, vehicles, etc. Even in different terrain, you will want to use either VHF or UHF for communications. Over deserts or flat land or water, UHF will work better and go further. Over mountains, and hills, VHF will work better.

the disadvantage of CB radio is that CB cant use repeater. but there have many amateur radio repeaters.

by Yamy
Why can't I import the priority contact file into ...

by Yamy
What's the SHTF radio?