What is the Difference between CTCSS and DCS on Two-Way Radios? 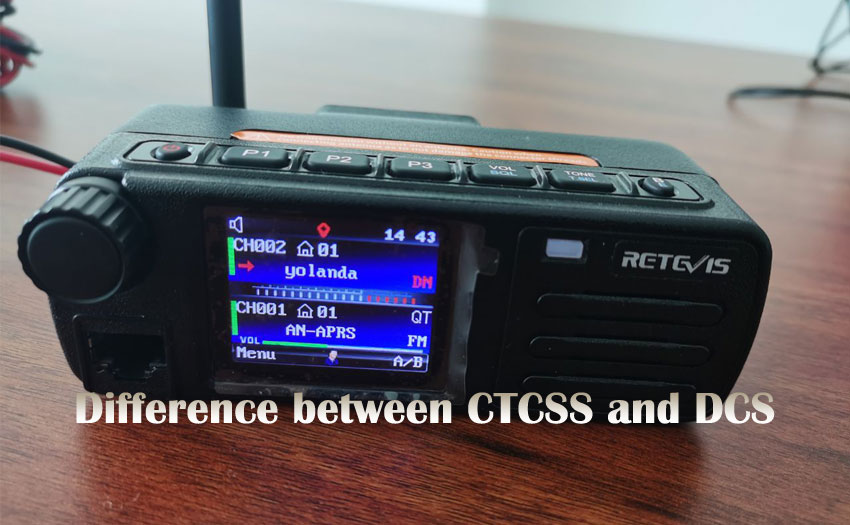 When using two-way radios or walkie-talkies, we all use CTCSS/DCS or Motorola system PL tones or DPL.  It is divided into CTCSS and DCS. Both CTCSS and DCS are all used on analog two way radios. Do you know what is the difference between CTCSS and DCS?

CTCSS stands for Continuous Tone Coded Squelch System. It is an analog system to reduce the distuebance of listending to other users on a certain frequency, Other radios must have the same CTCSS tone or code set to hear the transmission. Different CTCSS codes have different frequencies, CTCSS totally have 39 tones or 50. the frequency from 67hz, 69.3Hz to 250.3Hz. as long as they have a different CTCSS, or no CTCSS, then your radio will not pass any audio to the speaker. A radio with CTCSS enabled will only pass audio for the tone it has set.

DCS stands for Digitally Coded Squelch. Digital subtone (DCS) has 104 subtones. Compared to CTCSS toneS, the code speed is faster, the bit error rate is lower, and much users in the same channel. It sends a number repeatedly encoded in digital as you speak, in the low frequencies so you do not hear it. If someone else transmits on the channel with a different or no DCS, the radio will not unmute. If they transmit with the same DCS as you, then your radio will unmute. DCS is newer than CTCSS, and has more codes. This gives a lower chance of picking the same code as someone else.

The different between CTCSS and DCS.

The biggest difference between the CTCSS and DCS is that CTCSS (Continuous Tone Coded Squelch System) uses continuous tones below 300 Hz whereas DCS (Digital-Coded System) uses digital data or encoded-words which are very unique and all encoded words can be used on the same channel without interference. Transmitter un-keys the code at the end of transmission and just 0.5 seconds before the transmission which indicates the radio at 134 Hz tone which serves as turn off code. The FM deviation level should be in the range of 500 Hz to 800 Hz in DCS technolog.

Why use Temperature Control Fan on RetevisRT73?
How to set up FM satellite communication channels