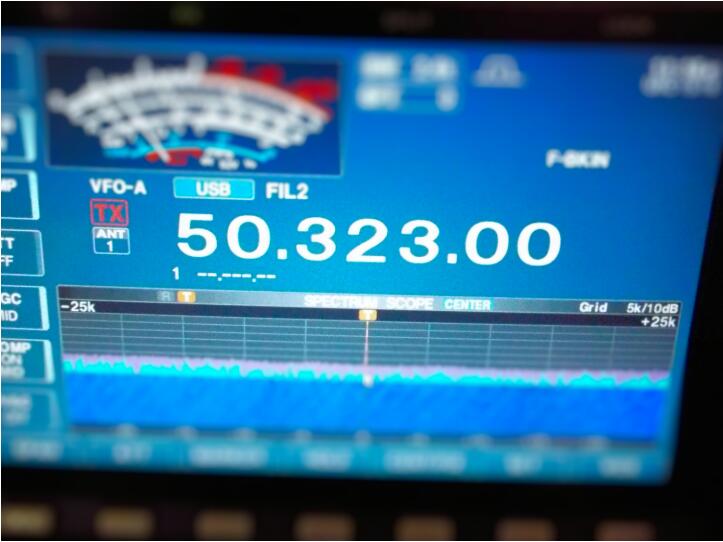 In recent days, 6 meters has been living up to its name — “the Magic Band.” On May 30 at around 1200 UTC, Rich Zwirko, K1HTV, in Virginia, worked Nicolas Sinieokoff, TT8SN, in Chad, who answered his CQ on FT8. After the quick exchange, K1HTV alerted several local 6-meter DXers who were also able to snag the rare one. TT8SN was able to work into the US mid-Atlantic and Arkansas as well as West Virginia on FT8 before switching to CW at about 1300 UTC and then alternating between the two modes over the next hour. Yves Collet, 6W1TA, in Senegal also showed up on the band, and K1HTV and other stations were also able to put him in the log as well.

“So the 6-meter E-skip season has begun,” Zwirko remarked. “Who knows what kind of magic the band will serve up?”

What’s being called “a historic opening” on 6 meters occurred on May 31, when David Schaller, W7FN, in the Pacific Northwest saw the band open at about 1430 UTC and stay open for a couple of hours. W7FN worked 12 DXCC entities on FT8 (on 50.323 MHz); other stations had similar success. Schaller said longtime 6-meter DXers from his area reported never having experienced a 6-meter opening to Europe like the one on May 30.

On May 28, Bill Steffey, NY9H, just south of Pittsburgh in western Pennsylvania, reported working three European stations on FT8 at around 2200 UTC. “Six [meters] has been great this week,” Steve Fetter, WA8UEG, in eastern Pennsylvania, observed after working stations in the Caribbean and in Europe.

From Greenland, Bo Christensen, OX3LX, has been showing up on 6 meters on FT8 between 2230 and 0000 UTC. He’s been reported working into the mid-Atlantic stations with a good signal. Mark Murray, W2OR, in Florida, took advantage of an opening to Japan on the evening of May 22. Two Florida stations each worked 20 or more Japanese stations, and one was said to have had 40 stations in Japan. W2OR said it was “an incredible number for an opening that did not last.” On the previous evening, a similar opening occurred from Wisconsin and other parts of the upper midwest.

Jim Reisert, AD1C, reported that stations in Wisconsin and Minnesota were able to work Hawaii on 6 meters starting around 2300 UTC on May 24. The stations he made contacts with included NH6Y, KH6ZM, and KH6U. The stations used FT8 during all of these openings.

John Sweeney, K9EL, in Illinois, worked three Hawaiian stations from 2240 – 2250 UTC. Confirmations came through quickly on LoTW, too.  He called it “the best 6-meter opening to Hawaii from W9 that I have seen.”

Kev Hewitt, ZB2GI, in Gibraltar, made his first 6-meter contact of the season, working K1TOL, in Maine. ZB2GI said the band sounded dead, except for K1TOL’s signal. ZB2GI has begun using a 6-meter mobile whip for an antenna.

Past ARRL President Joel Harrison, W5ZN, in Arkansas, reported a “massive JA opening on 6 meters” on June 3. Between 2300 and 0116 UTC, he worked 85 JA stations on 6 meters, all on FT8 with strong signals.