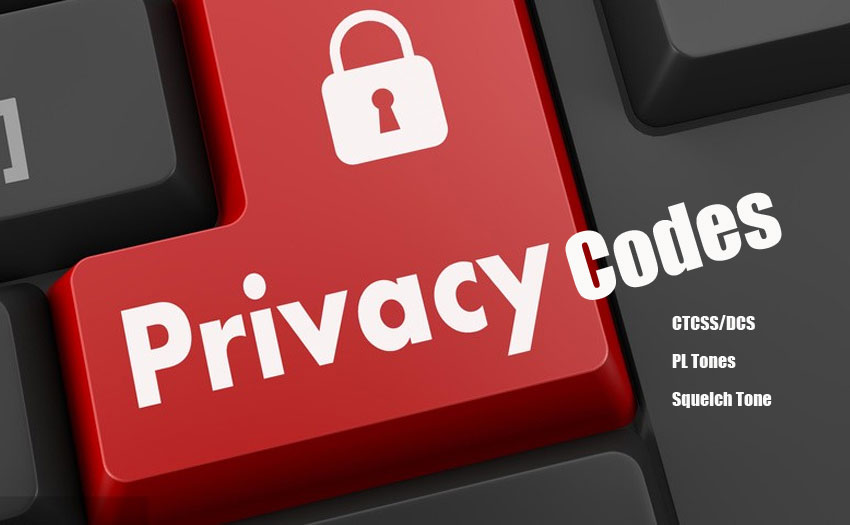 The privacy tones many people are talking about the fact is they are CTCSS tones or DCS tones, many radios including ham radios they all have these tones. Sometimes they called PL tones, sometimes they're called squelch tones.
the point when you put these tones on your radio, for example, CTCSS Tone 67, that tone is transmitted when you press the PTT button and you're talking that tone is in the transmission, you can't hear it but other radio, if they're programmed to listen to it, can hear that tone, so when your radio is programmed to use that tone. it's only going to hear other radios programmed for that same tone. so when having two radios that are both programmed for the same CTCSS or DCS tone, you're only going to hear the other radio talking to you using the same tone, so what that means is in real-world terminology is that you talk on this radio with a subchannel or CTCSS Tone or a privacy tone, your friend is listening with that same tone, you will only hear each other talk. so if somebody else is on that same channel but without the tone, you're not going to hear them. so it's going to blank out anybody else talking and you will only hear each other sounds.
So as above, we can know that the privacy tones are CTCSS tones, DCS tones, or PL tones, or Squelch tones. But, it should be understood that the privacy codes, as such, do not ensure the privacy of your conversation. If any unknown user tunes in to the same channel and code that you are using, he or she can listen to the conversation taking place. So, the privacy codes feature should be looked at more like an interference eliminator rather than a feature that provides privacy of conversation.

Why Roger Beep is important?
How to know if you two radios can work together？

by Vivian
Why Roger Beep is important?

by Vivian
Something you need to know about GMRS