The History of M, N, SMA and BNC Antenna Connector

Referring to the representative symbols of amateur radios, it is estimated that a large number of hams will vote for the antenna (exactly, the Yagi antenna). The rest of hams may choose radio equipments. there will be few people notice the small thing of the antenna connector. If someone ask you, why is your device using the M head connector, how it is performing, and so on. Can you reply well? Today let's learn the antenna connector together.

This type of connector has a long history. It has been used since the second world war. Its other name "UHF connector" comes from the definition of UHF at that time (the frequency above 30MHz is the UHF frequency range). Tests on this connector now show that its characteristics are mainly suitable for frequencies around 100MHz and below. This is the VHF band that is usually referred to now.

The most notable feature of this type of connector is a thicker center conductor (about 4 mm thick) in the middle of the plug. The connection and fixing are performed by the internal thread on the joint and the external thread on the socket. This type of plug is not waterproof, so special care should be taken during outdoor installation to affect natural conditions such as rain. 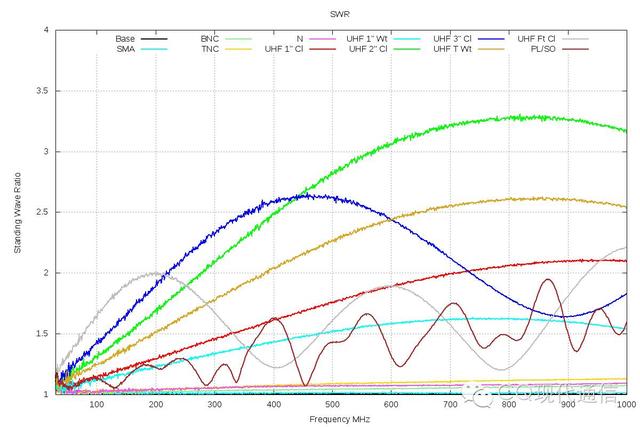 In terms of electrical characteristics, the characteristic impedance of the M-connector is not fixed. For short-wave and VHF bands, the impedance is generally good. For the UHF band mentioned now, the impedance is higher, and when it is used above 100MHz, it will produce considerable reflected waves. It is generally no longer used on professional UHF radios. However, it is still widely used in the amateur radio field. The M connector is well tolerated and can withstand more than one kilowatt of power output. It is completely enough for amateur radio. 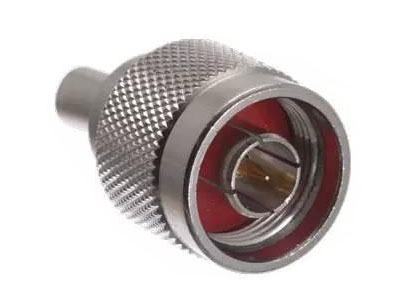 The N connector was highly anticipated at the beginning of the design, and was born about 10 years later than the M connector. The initial design of the N connector for military applications can carry signals at 1 GHz. However, the current N connector can easily carry signals around 11 GHz. Several engineers at HP Labs used the N-head connector to carry RF signals of nearly 18 GHz.

The connector is identified by a thin core material and a metal protective layer on the outside. Similar to the M-head connector, the way the connector is connected to the socket is also by way of thread engagement. The difference is that the N connector has limited all-weather waterproofing ability. This is in line with its initial military use.

Electrically, the N-connector has two fixed impedance types: 50 ohms and 75 ohms. The reason for choosing these two resistance values can be found here. It should be noted that the diameters of the center conductors of the connectors of the two different resistance values are different, and forcible use may cause damage. The N connector can carry much more power than the M connector. It can carry nearly 5kW of power at 20MHz, and has nearly 500W of power at around 2GHz. 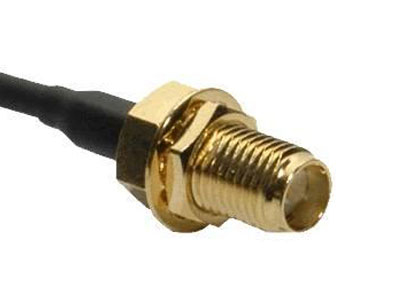 The SMA connector is one of the most commonly used connectors on the hand platform and its history dates back to 1960. Widely used for its high performance. Until now, wifi connectors have been used in civilian WiFi and microwave communication applications. For amateur radios, SMA connectors are also used for hand-held and software-defined radio connectors.

The SMA connector uses a thin needle as the center conductor, and a polymer is used as the dielectric between the inner and outer conductors. Since it is not suitable for multiple insertion and removal, this connector is not suitable for use as a connector of a test instrument. There are two main types of such joints, which are commonly referred to as internal and external internal needles. The former is called the SMA connector and the latter is called the anti-SMA connector. Generally, the former is used for ordinary signal transmission (such as radio frequency equipment, etc.), and the latter is used for devices such as WiFi. Both connectors are not interchangeable.

As far as its performance is concerned, this connector can carry electromagnetic waves with frequencies up to 18 GHz, while the highest frequency recording is 46 GHz created by the 2.92 mm type of interface. The finer the caliber, the higher the frequency of its carrying. 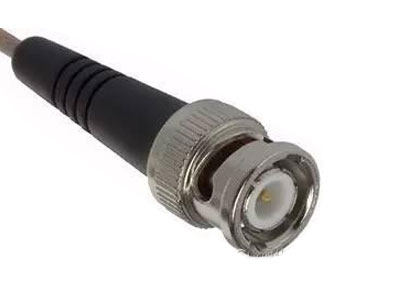 The antenna connectors used in the CW kits we usually buy are mostly BNC connectors. The name "BNC" for this joint is from its two inventors, Neill and Concelman, and its mechanical connection "Bayonet". It features a Bayonet connector that is screwed to the socket. This is also its most distinctive way of identification.

This connector can carry signals up to 4GHz and has a maximum load voltage of 500V. Similarly, it can also be used with cables connecting 50 ohms and 75 ohms. These relatively modest parameters and very convenient connections make it not only in the radio field, but also widely used in laboratory applications.

The RF connectors we usually use are basically these four. Selecting the appropriate connector for the application environment and the frequency range, power and other parameters can achieve twice the result with half the effort. And another thing we need to know is thoes are theory we can refer to. When we buy the antenna, we must know our device antenna. If your radio antenna connector is SMA, don't buy a BNC antenna.

Hope this article is useful to you. anything you want to communicate with us, feel free leave messages to us.

by Yamy
How to set the shift Freq on Ailunce HD1

by Yamy
What's the SHTF radio?